Primarily, diesel particulate matter sensor has been developed to estimate the amount of soot in a diesel particulate filter or to detect excessive particulate matter emissions. PM sensor in mostly of motor vehicles and cars are fitted at upstream of the exhaust system before catalytic converters and DPF filter to get readings of soot coming out of combustion engine. It is also used as an input to initiate DPF regeneration at the optimal time to minimise nitrogen oxides, how much adBlue is required to inject via nozzle to destroy nitrogen oxides.

The particulate matter sensor enables diagnosis of the particulate filter. It is integrated into the exhaust tract, downstream of the filter, and the sensor function is based on resistance measurements. The sensor element is regularly regenerated by heating, and the diagnostic software uses the measured current to evaluate DPF functionality. 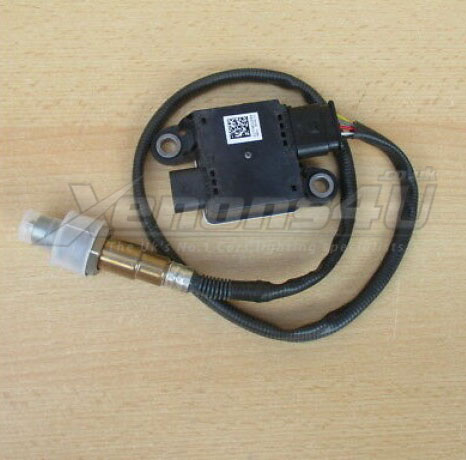 How does PM soot sensor work?

Based on multi layer ceramic sensor technology, an exhaust gas particle sensor for particulate matter (EGS-PM) has been developed by Bosch. The soot-particle-sensing element consists of two inter-digital comb-like electrodes (IDE) with an initially infinite electrical resistance, an internal heater and a positive temperature coefficient resistor for temperature measurement.

The sensor usually sits at upstream before the filter in order to read particulate levels in the exhaust. Soot particles present in the exhaust causes increased conductivity in the sensing circuit inside the sensor. When the sensor hits a certain conductivity threshold, it tells the engine management system that the filters need to do regeneration process and burn particulates.

The operation of the PM Sensor is based on the electrical conductivity characteristic of the diesel particulate. During the sensor operation, soot particles from the exhaust gas are collected onto the inter-digital electrodes and form conductive paths between the two electrode fingers leading to a drop of the electrical resistance based on the voltage being applied to the element. The measurement process continues until a preset current value is reached. Soot particles trapped in DPF are disposed off during a process called “regeneration” when the particulates are burnt off.

A controlled regeneration of the soot-detecting electrodes is conducted by heating the sensing element and burning off the deposited soot at temperatures above 600°C.On a properly functioning vehicle, regeneration will occur approximately every 500 miles but this is very substantially dependent on the vehicle and driving conditions.

A cause of triggered error code related on PM sensor might be bad readings, faulty EGS-PM sensor unit, it was damaged, flooded, there is short circuit and so on.

It is recommended that the error should be fixed immediately otherwise it will cause damage to the diesel particulate filter and that will cost you thousands to fix.

To do check fault codes you don't need to visit dealer shop or buy expensive diagnostic tools, what you'll need is a smart phone which one we believe you have it already, good app for diagnostic and bluetooth OBD-2 OBD-II plug connector, which costs around 10USD, when you buy spare parts from us we'll recommend proper software, because not all apps work properly. There is no need to spend a fortune on diagnostic tools or visit car dealer for their expensive diagnostic.

What is Diesel Particulate Filter?

Unlike catalytic converter, DPF is not a flow through device; it is a soot trap that collects particulates from exhaust emissions. The exhaust gasses flow into the DPF but this particulate matter is too large to escape so is trapped within the DPF and regeneration stops. This usually happens when the engine is not running hot, such as in stop-and-go traffic and short trips. Clearing DPF for excessive soot accumulation is advisable in that case.

To enable regeneration in DPF, and avoid damage to the filter, adblue (DEF) fluid may be refilled for the exhaust cleaning. DEF Diesel exhaust fluid as known as AUS 32 and marketed as Adblue is a liquid used to reduce air pollution created by the diesel engine. If you own a diesel-powered car, NOx sensor or PM sensor is critical to the Adblue SCR system to ensure your vehicle is compliant with the laws. In newer models, this Adblue technology comes as a standard.

Since it is obvious that many DPF problems are caused by simply ignoring the warning “Check Engine” lights advising that the DPF needs to be regenerated, the most common reason for the failure of a PM sensor is that DPF has become too clogged with the soot to be able to regenerate and affected the performance. 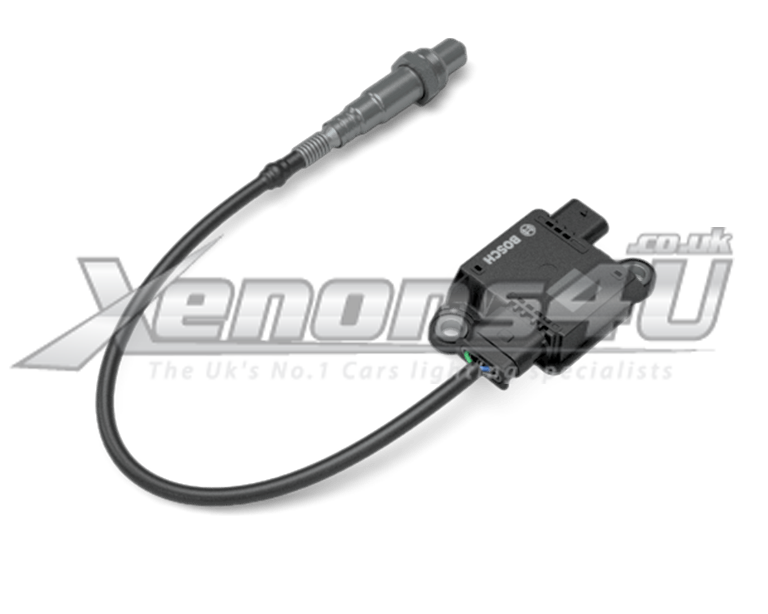 How to Fix Particulate matter sensor?

Cleaning should resolve the error but if it doesn’t then replacing particulate matter sensor probe must fix this issue because sometimes it’s only the probe that has malfunctioned, to ensure you are buying and fixing correct part consulate with electrician or contact Xenons4U for an advice and spare parts.

Replacement sensor probe without ballast unit will save you a fortune, as new units are costing a fortune! Of course it might be that probe won’t fix faulty codes, as we have mentioned previously consult with professional electrician or contact us for advice.

However, you can take your vehicle to the dealer shop for the replacement, but do not expect to be cheap, as all dealer charges premium.

Before getting into replacement procedure, set your tools ready needed for the process which includes, scissor, electrical tape, and soldering iron. If parts were bought at xenons4u, you’ll get extra accessories to complete replacing process.

We recommend that after replacing part a diagnostic test must be run to ensure that the error is resolved and the vehicle is working proper. Error cleaning may also be required for this code but only after installation of a new PM sensor to ensure car has adpoted new readings.

If you are still not sure what could be wrong with PM sensor, just get in touch with us we will be more than happy to help you to fix malfunctioning sensors.

The most common fault codes and definitions:

Available repair kits for these part numbers below:

Cars Trucks which are fitted in EGS-PM sensor:

As always if you have find out this blog useful, please pass it on via social media and share with your friends!

Designed and Developed by Programbility eCommerce.